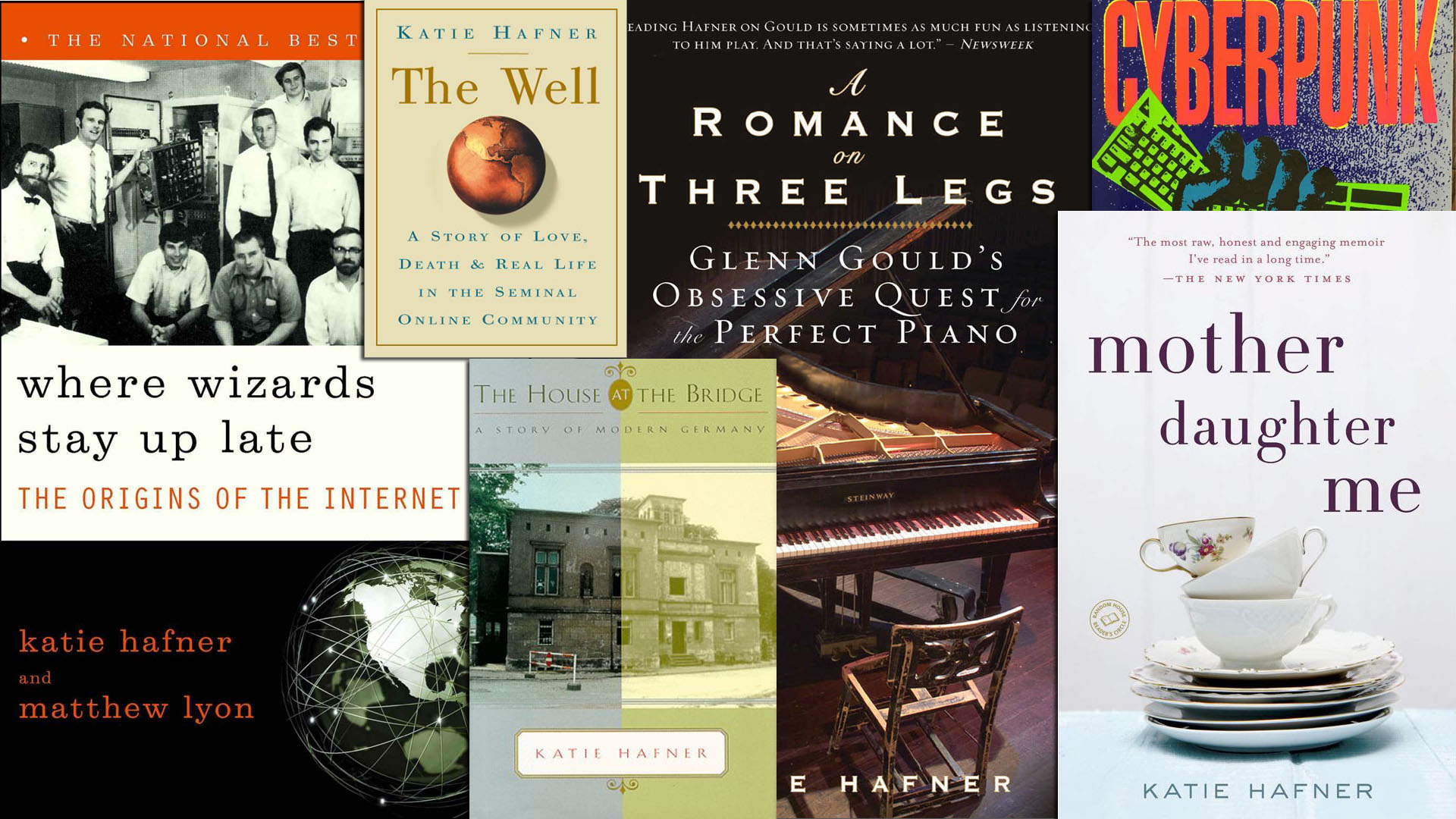 Through the years, Katie Hafner’s journalism has been finding occasional expression in books of narrative non-fiction. In 1991, Simon & Schuster published Hafner’s first book, Cyberpunk: Outlaws and Hackers on the Computer Frontier (with John Markoff), the first book about the computer underground. While researching one of the main characters in Cyberpunk, a West German hacker named Pengo, Hafner traveled to Hamburg and Berlin, around the time the Berlin Wall fell. She stayed in Berlin to write stories for The New York Times about the effects of reunification on the former East Germany. Out of that fine mess of national confusion emerged Hafner’s second book, The House at the Bridge: A Story of Modern Germany (Scribner; 1995) which focused on 150 years in the life of one old dilapidated villa on the Potsdam side of the famous Glienicke Bridge, where spies were exchanged during The cold War. In 1996, turning back to the topic of technology, Hafner returned to Simon & Schuster to publish Where Wizards Stay Up Late: The Origins of the Internet, which she wrote with her late husband, Matthew Lyon. In 2001, Carroll & Graf published Hafner’s The Well: A Story of Love, Death, and Real Life in the Seminal Online Community, which first appeared as a very long piece in Wired Magazine. Smitten with the conceit of describing a world through a grain of sand, wrote A Romance on Three Legs: Glenn Gould’s Obsessive Quest for the Perfect Piano (Bloomsbury USA; 2008), which Kirkus called “the musical version of Seabiscuit.”  In 2013, Hafner published a memoir, Mother Daughter Me (Penguin Random House), about a misbegotten experiment in multi-generational living. She recently finished her first novel and is working on a book about taking up the game of golf in order to spend more time with her husband, tentatively titled, Pebble & Pearl: An Unlikely Golfing Love Story.

Read more about her books HERE.

I recently decided to try an exercise in library triage: give myself 28 inches of bookshelf and see how many of my favorite books I could cram onto it. Click here to see the result. (You’ll see that I cheated a bit on either end, with the help of a wall and a sturdy bookend.)  I’m working on a  blog post for each and every choice.