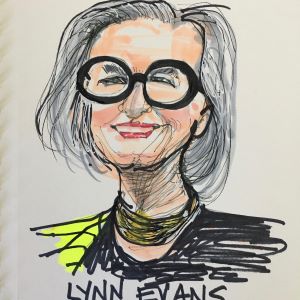 The U.S. keeps reaching grim milestones, then surpassing them. Since early December, the number of average number of deaths every day from Covid was more than 3,000, and is only now starting to taper off due to the release of two vaccines.

Let’s put that number in perspective. The 1906 San Francisco earthquake killed 3,000 people in the SF Bay Area. The 9/11 attacks on the World Trade Center in 2001 killed 2,605 people. These same tolls from Covid occurred in a single day.

I started the Our Mothers Ourselves Podcast last May, when pretty much everyone I knew was deep in the Covid doldrums, well before we had any idea just how many people would get sick, and well before I knew anyone whose Mom died of Covid.

For months, I’ve had it in the back of my mind to find someone who lost their mother to Covid. But I didn’t pursue it.  Was I scared? Did it feel exploitive? Then, in early October, my producer sent me a Facebook post she’d just seen. “You have to see this,” she said.

I was as taken aback as I was intrigued. The post shows a photograph of a woman seated next to a wooden box. But what your eye goes to immediately isn’t the woman’s face. It’s the finger. The woman in the photo, Alison Aucoin, is holding up her middle finger in a gesture of quiet outrage. In the post, Alison goes on to explain that the box contains the ashes of her mother, Lynn Evans. Alison describes mom’s tenacity and grace, and the cruel way that Covid killed her. But Alison isn’t blaming the virus so much as she is blaming the President of the United States – Donald J. Trump – for the way he mishandled the pandemic.

Lynn Evans was 79 when she died in April, after contracting Covid in a nursing home in New Orleans. Thousands upon thousands of Americans have died since. Alison’s post was visceral, raw, blunt, and beautiful. So we approached Alison, who had just moved to Orange County, California with her daughter, a dancer who had received a scholarship to train at the prestigious American Ballet Theatre Gillespie School. She agreed to share her story.

And so we talked, with Alison in her apartment in southern California and me in a closet in my house in San Francisco (next to the WiFi router, of course), both of us logged onto Squadcast, with only each other’s voices. Alison talked about her mom’s very southern childhood in New Orleans; as an only child, Lynn was mightily doted upon. Alison, too, was an only child, and she told me about the way her mother was a constant presence in her life, selfless in the way she would do anything for her daughter that seemed like the right thing to do, and was in her capacity.

The hardest part of the interview came with Alison’s recounting of the nightmare that was Lynn Evans’s illness and death. As her condition deteriorated, Lynn tried to tell her daughter how sick she was, but she had dementia, and Alison couldn’t understand what her mother was trying to say. Because the nursing home staff hadn’t mentioned that she was sick.

Alison was proud to tell me that moving cross-country in the middle of a pandemic to support her own daughter’s dream to dance is something her mother would have done for her, and she’s proud to take that piece of her mom into her own parenting.

We talked for more than an hour. At times during the interview, Alison was overcome by emotion and had to stop. And we went slowly, coming back to things that were too tough to tackle at the beginning and taking a break when she needed it. We took many breaks.

So when you listen to this episode, bear in mind that for every word Alison says, there were ten more that she couldn’t summon because talking about what happened was just so hard. That’s how raw things still are for Alison, whose mom died from Covid seven months before we spoke. That’s the toll of one death. Alison Aucoin’s mom died from Covid-19, and It’s a death that speaks for 563,980. And counting.

** A  warm Thank You to ace trumpet player Kevin Clark and the Dukes of Dixieland for permission to play On the Sunny Side of the Street, and Stardust (with Tom McDermott on piano and the late great Leigh Harris (Little Queenie) on vocals